Home Barong Tagalog Filipino Fashion: Its Evolution and Influence in the Filipino Culture 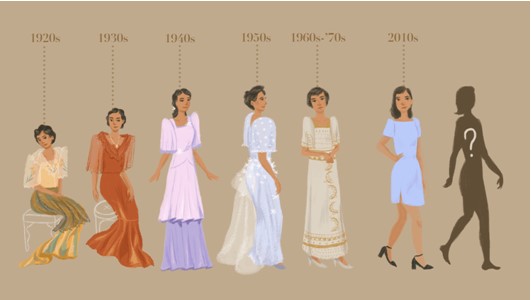 Have you seen how young Filipinas are dressing today? They seem to adapt to the K-pop culture, western styles, and trending fashion. But do they know something about the traditional Filipino dresses? Do they even have a clue what does it look like?

Young Filipinos have been exposed to traditional Filipino dresses and outfits since kindergarten. They saw and even wear those in many school events. They can also see them in movies and TV shows, the filipiniana section in many department stores, and many special formal occasions.

However, that doesn’t mean they know more about these traditional clothes. It seems they need to dig into Filipino history to find out how they are developed and how they influence their sense of fashion today. 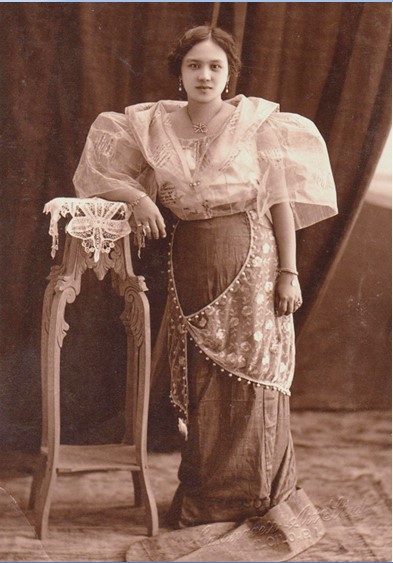 The Filipinos and Their Fashion 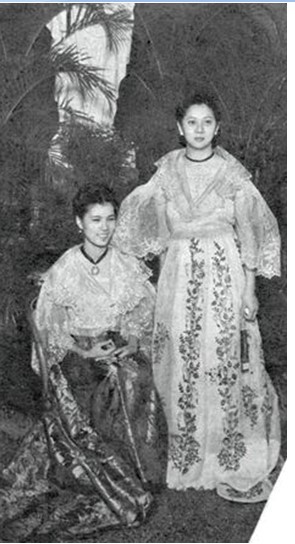 It is undeniable that Filipinos are quite very passionate about their fashion and style. They love to look for the latest trend of clothing and style that they can use for various. But most of all, Filipinos have a sense of fashion. They can always determine if a particular style of clothing or outfit is fashionable or not. In just a single glance, they can quickly tell if it “bagay” (fit for the one wearing) or “baduy” (poor style of clothing).

One of the things that you can appreciate in the Filipino’s sense of fashion is their adherence to appropriateness. Is the clothing or fashion style appropriate for a particular event or venue? Is it appropriate for the person wearing it? Whatever the style and trend of fashion, Filipinos would always adhere to what is appropriate to wear.

Filipinos wanted to look presentable and honorable in their attire. They don’t want to look “nakakahiya” (shameful) and lowly. It’s not a good idea to wear something humiliating on a particular occasion, or you will notice other people staring at you like an alien from outer space.

We cannot separate Filipino fashion and tradition. However, as time goes by, the essence and elements of tradition seem to fade away. This was due to western influences, but we can still see various elements in the traditional Filipino fashion.

You may be wondering why Filipino’s love to wear many “borloloys” or fashion accessories such as pieces of jewelry, gold, and decorations in the body. This was one of the pre-colonial period marks where you can see men and women wearing pearls and golden necklaces and bracelets, earrings, and many more. 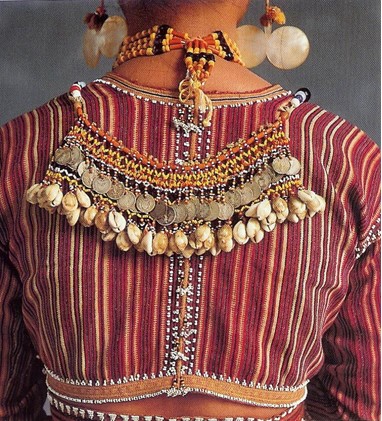 Talking about the pre-colonial period, have you seen men wearing a half-sized and unenclosed jacket in many of our history books? When you go to the streets today, you can find men known as “tambays” who would habitually raise their shirts and expose their stomachs. It seems that they want to show that they are “busog” (full) but not “buntis” (pregnant). 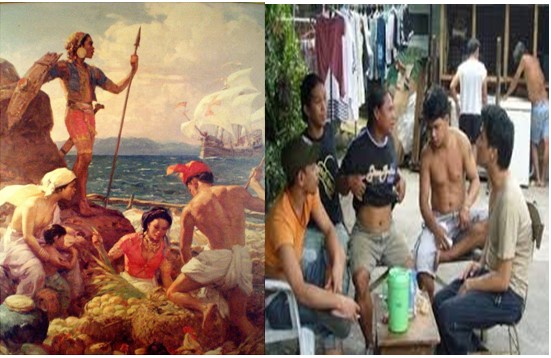 For the women, it was believed the Spanish have changed the naked outfits of the native Filipino inhabitants. They want them to look modest, so they changed the pre-existing garments such as Baru, tapis, and saya into morally acceptable dress modes. We know that the Spanish have strict moral standards. Therefore they want to impose modesty on women, especially on their clothing. 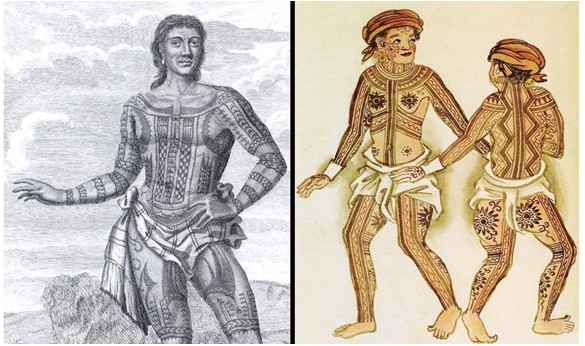 Therefore, the short and half-sized clothing were changed. The Baru was changed to baro because they added lengthy sleeves on it. They also add “pañuelo” or fichu to conceal the chest area for women’s blouses. Then the saya, which is a skirt, was inserted underneath the tapis and not the other way around as what most people believe. 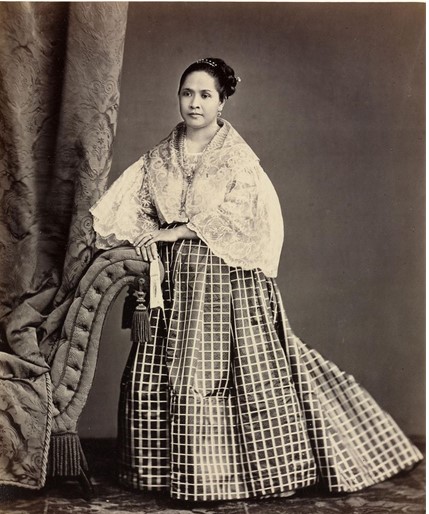 We can find the elements of these restructured garments in many ternos even until this day. This is what they call the “Maria Clara” type of dress. Maria Clara is considered the ideal woman for her modesty in manner and clothing.

Here we can see that the ethnic traditional clothing was already changed and evolved into a more modest one as what the Spanish would prefer during that time.

The peak of Filipino fashion is during the commonwealth period of the country in the 1930s. It is the era where the Filipino culture is clearly defined. It was in these years that you can see every Filipino design in interiors, graphics, jewelry, architecture, clothing, and many more.

There is this sense of clarity on the part of the artists wherein they are very sure of what they would design in their magazines, bulletins and signage, and clothes. You can see these all over the country as you look at buildings and establishments.

It was in this particular era where the “terno” is complete. You will find significant parts such as its “camisa” or “baro,” the skirt with train or saya de cola, corpiño or chemis, the large handkerchief or the “panuelo,” and the “sobriepalda” a tapis that is a more sophisticated one.

This is the particular clothing were women are proud to wear; even those that are selling in the market would love to wear this type of clothing.

How the Evolution Happened 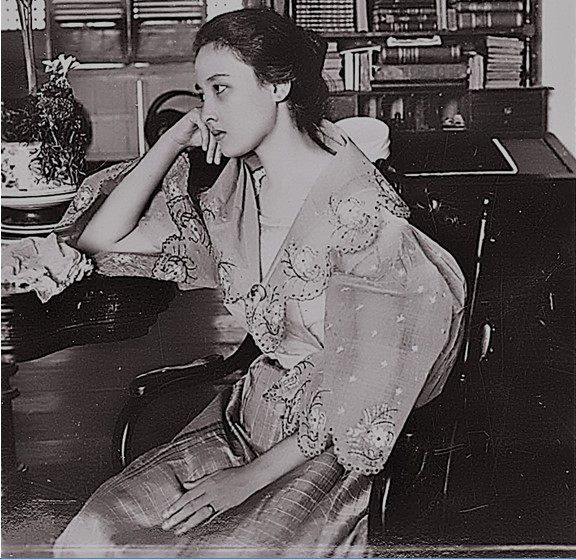 But what happened to the “Terno” that the Filipinos used to love and promote? Unfortunately, it did not survive the blows of time and change, unlike the barong Tagalog. Barong Tagalog is still widely used on various occasions and events. It is even used as uniforms in schools and offices and those who are leaders in the government.

As we look closely, we can see that it all boils down to which one is more practical and easy to use. In this particular aspect, the barong wins because it is more comfortable to wear than the “terno,” which is very difficult with its butterfly sleeves. 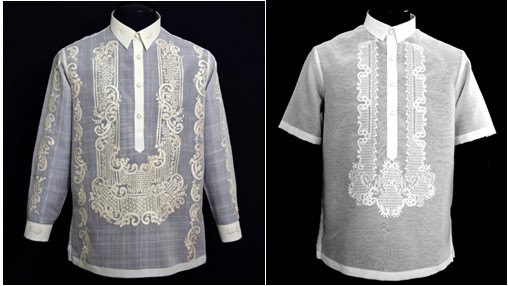 Practicality-wise, male security guards can run after a thief or protect a particular store very well from burglars while wearing barong. However, female security guards could not perform their duties well if they wore a “terno.” Because of that, she would end up wearing barong also. Maybe women would subconsciously prefer to wear a barong that was made mostly for them. Indeed we have lots of female versions of barong Tagalog today. 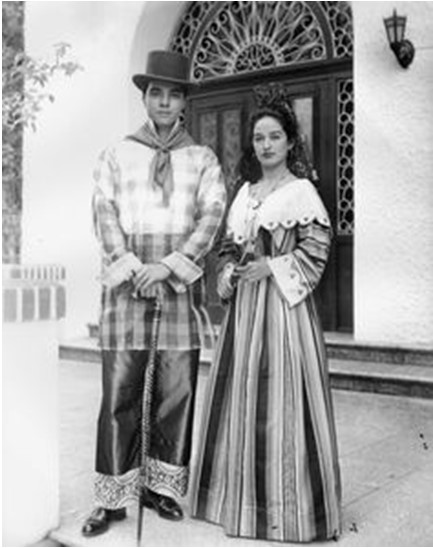 Barot saya is the Filipinos’ national dress, including all its implements. However, as the years pass by, terno became prominent and was frequently considered as the national dress of the country.

But what more fashion experts fear is that the designers of today who incorporate their modern concept on baro’t saya and terno are taking for granted the important elements that made them distinct as Filipinos.

Experts said that a lot of wisdom in the past had been removed and taken for granted. This includes the history of the Philippines ’ national outfit. They have removed everything, including a lot of very important things like pañuelo, the tapis, and the cola or the tail of the saya. As if almost there’s nothing left. They made it into one piece of dress and turned the sleeves into tiny puff sleeves.

Unfortunately, the Filipinos’ national heritage becomes one generic garment, lost among other products that are sold worldwide. It has lost its distinctive qualities as the original Filipino national dress. You couldn’t tell the difference at all.

They said it’s time to stop and re-examine. Try to find out what happened in the evolution and restore it. 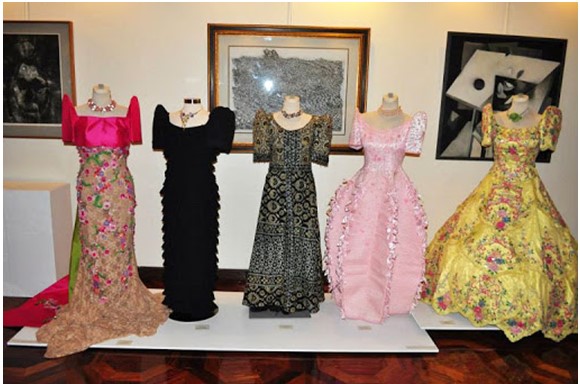 For instance, a Japanese kimono remains the kimono they have in the beginning. Its distinctive quality is still there and is recognized today.

But what happened to the Filipinos’ national dress was different. The marks of history and its authentic artistic culture are gone. It has been reduced to an ordinary dress with butterfly sleeves.

Some would like to tamper the sleeves to try to prove that they have taken part in its evolution or to modernize it. It seems that they haven’t re-examined and thought about their intents very carefully. 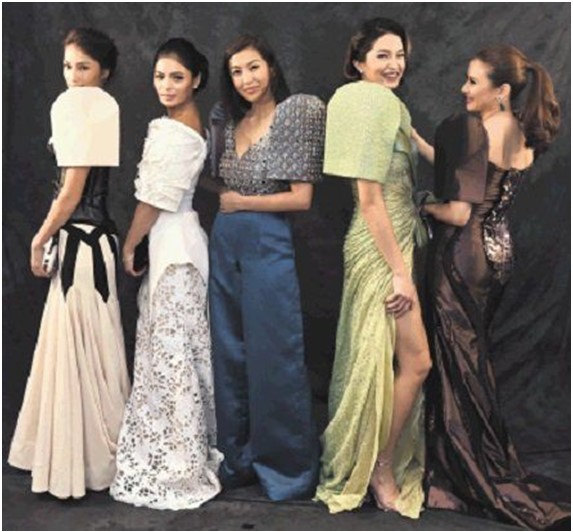 The competition was held in the National Museum of Natural History, spearheaded by Cristal Bagatsing, Manila’s 5th District Representative and Intramuros Administration. 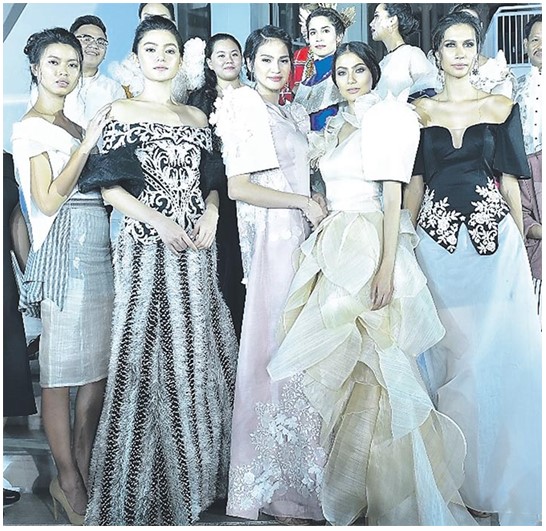 The modern versions of barong and saya were featured in this particular event, participated by young designers coming from different schools in Manila. The judges brought out fifteen finalists. Mariah Marella Parayray, a senior high school graduate, came out as the grand winner. 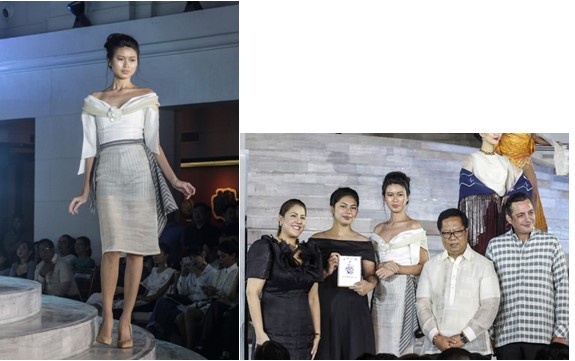 According the grand winner, she wants to revive the traditional outfit that had been part of the Filipino culture and history. This is the reason why she joined the competition. She also wants to make it fit for the current generation by making innovations from its original design.

Parayray added that the competition was quite intriguing for her. Envisioning Maria Clara as she adapts herself as she continues her style throughout the years was very enjoyable.

How to Deal with the Evolution

Looking unto all of these, including this competition, we cannot neglect that change is inevitable. Things are evolving, while some are modified, innovated, and adapted. All of these are components of change. 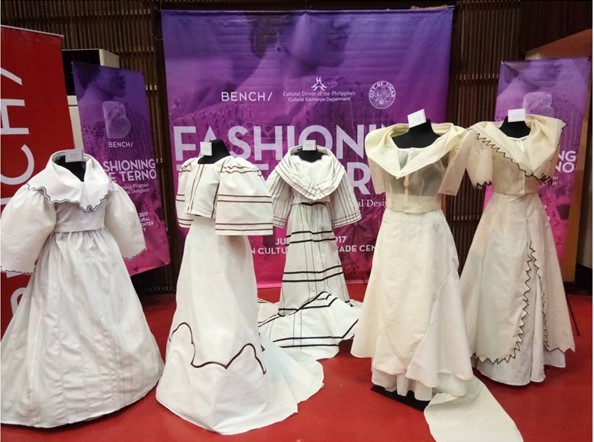 But there is one thing that we should not forget, and that is its historical roots. Like plants that can be modified, innovated, make them grow smaller or taller, make their fruits grow in different varieties and qualities, but they remain as to what they are. The mangoes are still mangoes, rice is still rice, corns are still corns, and many more. It’s the same; Filipinos should still be Filipinos, barongs will still be barongs, saya should still be saya, terno should still be terno. History must not be taken for granted and forgotten. It’s what defines Filipinos and makes them distinct among other nations. 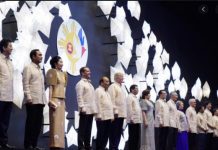 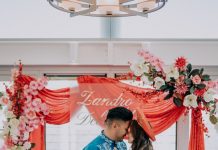 10 Filipino Wedding Traditions and Practices You Should Know About 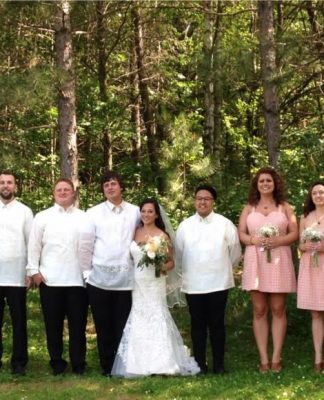 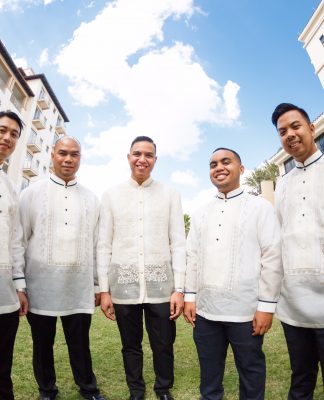 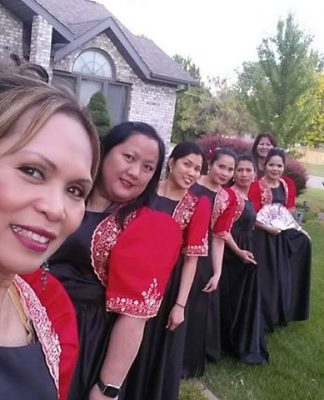 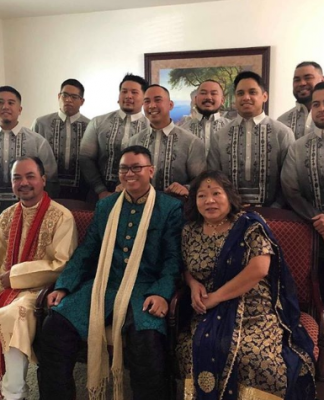