Can you send me a picture of the Front/Back of a certain style?

No. The pictures that appear on the website are the only photo/s available.

Do you accept international orders?

We accept orders from many countries around the world. All International orders are shipped via USPS. Please feel free to contact us if you have any questions or special shipping requests.

Do you charge customs on International Orders?

We do not charge any customs when sending our packages. However, the customer is responsible for the custom fees, if any, which are at the discretion of your country’s tax regulations. There is no clear indication of how much these fees will cost. Please refer to your local customs agency.

Do you have a catalog you can send me?

In order to keep our prices down we do not have catalogs to send out. Our entire catalog is featured online. If you would like to save a picture on your computer you can do so by clicking on the image with your right mouse button. A pop up window will appear and you will want to click “save image as” another window will appear showing you the name and folder your picture will be saved in. Click the Save button and your picture will be available for you to print out and view at your leisure.

Do you have a retail store?

No, we do not have a retail store. Our designs are displayed online.

Since our services are optimized to be conducted online and worldwide, You are more than welcome to contact us through our website.Please complete the information below then click the ‘Continue’ button to send us a contact message. We do our best to respond quickly. As we receive a large number of e-mails daily, allow 48 hours for a response.

How can I track the status of my order?

You will receive an email confirmation of your USPS tracking number after ordering.

How do I care for my Barong Tagalog?

It is better if you hand wash you barong tagalog with water diluted with small amount of mild detergent that is completely dissolved in the basin. Use warm water for natural-colored barongs and cold water for all the other barongs. Use a soft toothbrush to scrub off the stubborn dirt especially on the collar, underneath the cuffs, and arm holes and then rinses it with an upward and downward motion on water. Do not twist your Barong Tagalog. Let it drip dry by laying it flat so it will not create too much crease. Iron the Barong Tagalog while it is still damp in a moderate heat to retain its original shape.

How do I expedite my exchanged item?

To expedite your exchange we recommend you place a new order and return the merchandise back to us for a refund. If a new order is not placed we will not ship any new items until we receive the item being exchanged.

How do I know what size to order?

To assist you in ordering the correct size, we have included a size chart with each style. While you are viewing an enlarged photo, click on “size chart” and it will appear in a pop-up window. If your measurements fall in-between two sizes, we suggest that you choose the larger size, and have your own seamstress alter it according to your specific body measurements.

How do I place an order?

Select the item you would like to purchase. This will take you to another page with more details, for example, sizes, colors, and prices, etc. Make your selections. Please remember to always MEASURE yourself first and use the SIZE CHARTS. Then after your selection, click on ADD TO CART. You will then continue with SHOPPING or CHECKOUT. If you decide to checkout, you will then be taken to the billing and shipping verification page and you will then enter your payment information and shipping address. It is just that simple!

How the Barong Tagalog Evolved In History?

As the Philippines’ national dress, the Barong Tagalog enjoys a distinction all its own. Its fine needlework or hand-painted designs in cool cotton or handwoven pina or jusi have given it a flair that has won international recognition and acceptance. President Ferdinand E. Marcos, who has worn the Barong Tagalog with such impeccable grace and searing devotion, underscored its prestige when he issued in 1975 a decree proclaiming Barong Tagalog Week (June 5-11) and more significantly, officially designating the Barong Tagalog as “the national attire”. The presidential act was meant to focus nation-wide attention on the Filipino national dress to wider use and enhance its export potential. As it is, both the wide use and export potential of the Barong Tagalog have been explored , its full impact just a matter of time. What deserves another look is the manner the Filipino national costume has evolved and grown, picking up and shedding features fashion-related or otherwise in its journey from pre-Hispanic native wear to national dress. But first, a few things have to be straightened out. Barong Tagalog is properly referred to as the “Baro ng Tagalog” (dress of the Tagalog) and it cannot be contracted to simply “Barong” since that would be equivalent in English to saying “He is wearing a dress of”. The word “Barong”, one realizes, means “dress of”. If one wishes to shorten the phrase, then it would be “Baro” or “dress”. Yes, the Barong Tagalog is a dress, a garment, a coat in itself. It is not a “shirt”. If it were, then it would need a coat or a jacket over it to qualify as formal wear and would have to be worn tucked inside the trousers. The Earliest Baro The earliest known fact on the “Baro ng Tagalog” discloses that the natives of Ma-I (the Philippines as it was called before the Spaniards re-discovered the archipelago), and in particular, the Tagalogs, who lived in the island of Luzon, wore baro.

May I return my purchase if I am not satisfied?

Certainly. We want only satisfied clients and guarantee your satisfaction with the quality of our materials and with our workmanship. Should you choose to return a product, you can return it within 20 days for a full refund. It simply must not have been worn, washed or damaged in any way.

Custom-made products are non-refundable and non-exchangeable. A custom order is made to measurements provided by customer. All sales are final. The customer is responsible for providing accurate measurements.

After we receive your return and examine it, if it is in the correct condition, will then issue a prompt refund or exchange.

What are the options for payment?

What are the requirements for an item(s) to be returned?

The item(s) being returned includes original packing, instructions and copy of sales invoice. The item(s) has not been altered or worn.

What if what I want to purchase is not available?

If we do not have the item in stock we will notify you as soon as possible. You will have the option of selecting a similar item, placing the item on backorder or cancel your order.

What is a Barong?

Barong is actually short for Barong Tagalog, which describes the formal men’s wear of the Philippines. It is properly referred to as the ‘Baro ng Tagalog’ (dress of the Tagalog). Contracting the first two words produces ‘Barong,’ which literally means ‘dress of.’ So, if we want to be correct, we wouldn’t say just ‘Barong.’ But, the slang way of referring to one of the beautiful formal shirts is simply Barong. Yes, the Barong Tagalog is a dress, a garment, a coat in itself. It is not merely a ‘shirt’. If it were, then it would need a coat or a jacket over it to qualify as formal wear and would have to be worn tucked inside the trousers.

What is Jusi and Piña: Traditional Barong Tagalog Fabric ?

Much of the appeal of the traditional Barong Tagalog draws from its sheer material of jusi and piña – fabrics quite remarkable for their scintillating sheen and strength.

Products of the hand looms, these fine woven materials of pale ecru, (their natural color) some with almost the soft, delicate texture of a spider’s web, demand the services of only the highly skilled and exceedingly patient weavers. In fact, in the Visayan provinces of Aklan and Iloilo, weaving gossamer fabrics for the Barong Tagalog is as much a craft as it is a commitment. The weavers are mostly old and not so old women whose dedication and skills they have inherited from their elders. This is because in Iloilo and Aklan, weaving is a legacy of the ages.

When will my order arrive?

If the order is in stock, it will take approximately from 5-7 business days to reach addresses in the U.S. Outside of the U.S., delivery time is about 10-15 business days. If the Barong Tagalog / dress is on SPECIAL ORDER/CUSTOM ORDER or BACK ORDER, it will take from 6-8 weeks. These are special occasion clothing, so please plan ahead. When you check out on the Shopping Cart page, please include the WEAR DATE, so we have an indication of when you need the item. Therefore, typical delivery time from shipment to arrival is 2 to 3 weeks. We will inform you of any delays as soon as possible, for delivery times after that time period. If the item is in stock, we will ship on the same day or the next day.

Why are your Barong Tagalog, Filipiniana dresses and other formal dresses so inexpensive?

Due to our relatively low overhead and our high volume of sales we can pass along these handsome Barong Tagalog and beautiful dresses at extremely low, low prices. We guarantee you the lowest prices so if you find a dress online or offline for less just let us know. We will be happy to beat any prices.

Why do I have to pay for the return shipping?

We cannot keep our prices low and pay for return shipping. Our margin is such that we could not stay in business if we were required to cover those costs. Please keep in mind that retailers do not pay your travel expenses when you return merchandise to their stores.

Why do men wear a Barong Tagalog? 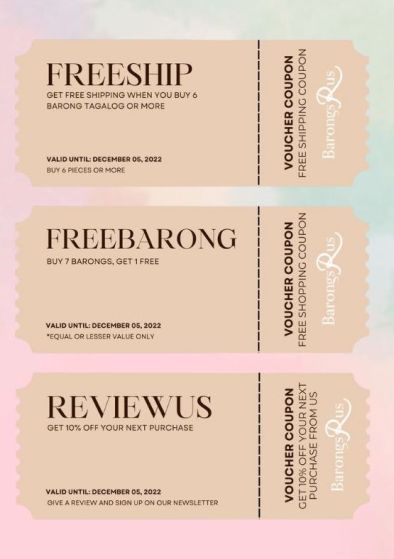 What we love about weddings? The memories, the pro

Let’s do a #Filipiniana dress checklist, shall w

Ah, weddings 💍 A cute entourage is what we ne

Gear up for SEPTEMBER as we embrace our local heri

A beautiful "Kaylah and Alex Wedding", with barong

When it comes to Filipiniana dressing, we've maste

Moments worth capturing 📸 Photography by #Kia

We have new pieces now available on our website! F

Got a review for us? ⭐️ We’d love to hear

These coupon codes are up for grabs very soon! Sta

Do you still remember your #weddingvows back when

“What a lovely piece of clothing!” - Anne We

Get ready to win our coupon codes as we launch the

A Rosa + Kevin Wedding. Photography shared by the

What are your #bestmoments? Share them in the comm

Looking for a barong Tagalog to wear to your upcom 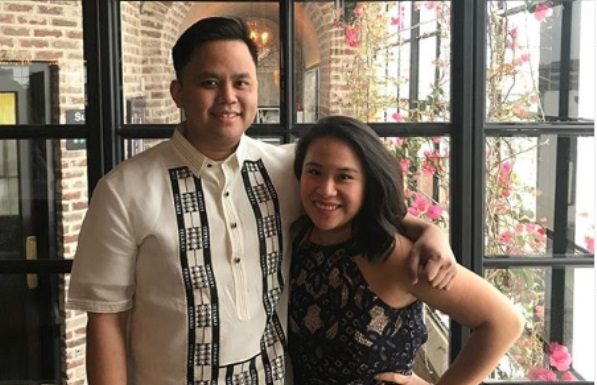 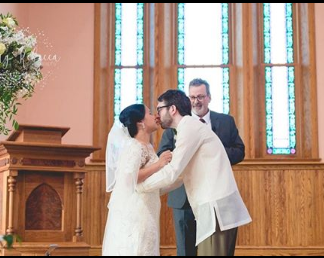 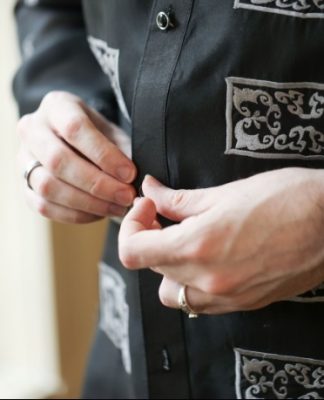 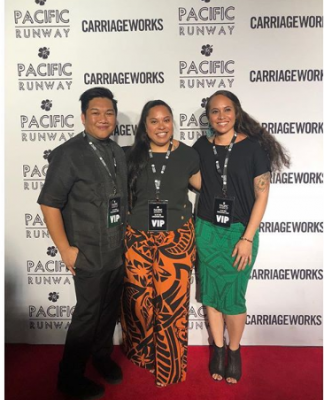 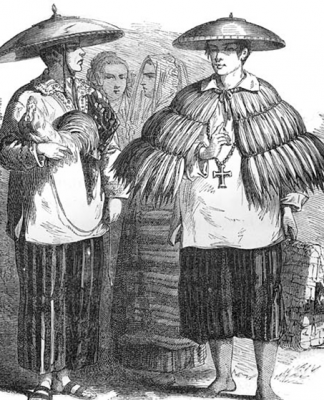